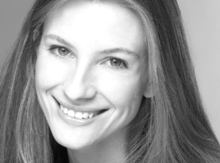 "The London Philharmonic was on fine form. Jurowski is very adept at clarity of teture in this repertoire. Indeed, there were some outstanding moments such as the eerie gravelly sound of the four string solosts at the start of the graveyard scene and Helen Collyer's harpsichord continuo was outstanding." The Rake's Progress, LPO, Royal Festival Hall, Alexander Campbell, Classical Source, November 2018.

The British pianist Helen Collyer is based in Berlin, having studied and lived in London, Oslo and Paris. She works throughout Europe as a piano accompanist, repetiteur and vocal coach with a keen interest in languages, speaking English, French, German and Italian, with a working knowledge of Russian, Polish, Swedish and Norwegian.

As a piano accompanist she partners various singers and instrumentalists in recital in France, Germany, Austria and the UK, and recent performances include a Liederabend at the Concertgebouw Amsterdam with Matthew Rose, an Arienabend for the Wagner Verband in Bayreuth, and chamber music recitals for Komische Oper Berlin. Her engagements as repetiteur include Die Meistersinger von Nürnberg, The Rake's Progress, The Cunning Little Vixen, Cosi fan Tutte, and the world premiere of Love and other Demons (Peter Eötvös) for Glyndebourne Festival Opera with Vladimir Jurowski, Ivan Fischer and Robin Ticciati, Rigoletto at l'Opera National de Paris and Carmen with Sir Simon Rattle at the Salzburger Osterfestspiele﻿.

Helen read music at Selwyn College, Cambridge, where she won the Willamson Prize for Musical Performance, and studied piano accompaniment at the Royal Academy of Music in London with Malcolm Martineau and Julius Drake as a post-graduate, returning later as Hodgson Fellow.

Numerous awards include The Geoffrey Parsons Memorial Award for Piano Accompanists, the Sir Henry Richardson Award both as a piano accompanist and later as a repetiteu﻿r,  the Leonard Hancock Memorial Award,﻿ a Countess of Munster Musical Scholarship, the Entente Cordiale Bursary awarded by the French and British embassies for study in Paris, and two Musicians’ Benevolent Fund awards for her studies of Italian and Russian, in Perugia and St. Petersburg.

In 2003 Helen trained at the National Opera Studio in London, where she was supported by the Friends of Covent Garden. She subsequently joined English National Opera (Don Giovanni, Falstaff), moving to Paris in 2005 to join the Opera National de Paris young artists’ programme, working on main stage productions and preparing the choruses. She also worked regularly as piano accompanist at the Théâtre des Champs-Elysées, as repetiteur for the world premiere of Nadia Boulanger’s La Ville morte, returning recently as repetiteur and language coach for Handel’s Messiah.

Helen has recently been elected Associate of the Royal Academy of Music.